If Video Is a “Megatrend,” Why Are so Many Brands Still Unfashionable?

Facebook has 8 billion video views each day. This has happened through a combination of the platform prioritizing video—in all forms—in its newsfeed and publishers creating more engaging video content.

“I see video as a megatrend, on the same order as mobile,” Mark Zuckerberg said in February 2017. “…We want people to see Facebook as a place for interesting and relevant video content from professional creators as well as their friends.”

Zuckerberg makes an interesting comparison here; mobile has fundamentally changed how and how often we interact with media, and he says video will have the same life-altering impact. Facebook users have certainly seen the shift in the past five years as video started to take over newsfeeds and brands and media companies began serving up more interesting video content.

However, as video is certainly a priority on the largest social network, it still presents quite a few challenges from an advertising perspective. There are two primary hurdles to overcome with Facebook video advertising:

Let’s take a look at why these are major issues for brands and what they can do to overcome them.

Facebook Video Advertising Is Not the Same as TV

The advertising industry was set up to create 30-second spots for TV, which were easily ported over to the digital pre-roll ads. But as the internet and consumer habits evolved, it became clear that Facebook video viewers aren’t interested in sitting down and watching a 30-second ad in their newsfeed with so many other distractions.

Advertisers have to compete for attention in a crowded newsfeed, which forces them to rethink how they structure video content for a Facebook user as opposed to a passive TV viewer. They have to take into account not only the length of the video but also the format, sound, audience and shareability.

A good example of this is Apple Music’s “Taylor vs. Treadmill” video ad from 2016:

Now, not every brand can have Taylor Swift in their ads for that instant face recognition, but the other components are all parts of a successful Facebook creative execution.

It’s also important to note that this ad could work through a traditional TV delivery, but it needed critical elements to make it work for Facebook. The important lesson here is that Facebook ads can be TV ads, but it doesn’t go the other way around.

In the digital advertising industry, benchmarks and best practices are key to understanding what works and what doesn’t. Brands can easily know how their display, email and search ads are performing within that medium’s standards and across across different media.

Facebook, however, is a different story. As an advertising platform, Facebook only started being a major player in the past five years with the social network’s IPO and new direction from COO Sheryl Sandberg toward advertising. They’re constantly testing and developing new ad formats and changing how their algorithms surface ads for users, creating challenges for brands to understand exactly what works, how to measure it and where to put their dollars on the platform. Additionally, how people use Facebook changes, which affects how effective an ad actually is.

All of this leads to a lack of actual benchmarks and best practices with Facebook video advertising; people are still in the guessing phase; the majority of Facebook advertisers haven’t yet tied what are considered “best practices” to their bottom line, which perpetuates the issue. Additionally, recent issues with video viewability reporting makes the conversation even more complicated. Metrics that advertisers previously thought were reliable proved to have unknown flaws, compromising years of Facebook video ad data that could have created much-needed standards.

So where does this leave brands that want to use video ads on Facebook? Setting aside money for testing is key, but it’s also important to work with partners who know what works with video–and how video will perform for better outcomes on Facebook. Facebook is working to make online and in-store sales more measurable on the platform, but it’s also up to the advertiser to work with partners that promise real Facebook sales measurement, especially from video campaigns, which are much more variable.

The bottom line: brands need to start thinking about a Facebook execution and how they’re going to measure success at the outset of the creative process. By bringing the social component in at the beginning, brands can create ads that resonate on social as well as other channels while being able to measure the real impact of that investment.

Learn more about how to personalize ads for Facebook. 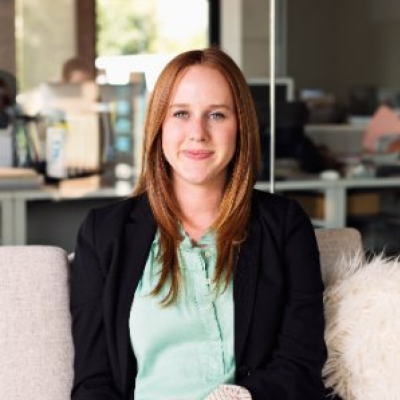 From virtual reality to Facebook Live and everything in between.

Using the best of your data in new outlets.

The primary thesis in Sequent Partners’ new research, Digital Video at the Inflection Point, is that digital video is currently in exactly that spot.