Falling (Back) In Love with Video

As originally published in Mediapost.

You’ve been together for over sixty years.  When you first met they were black and white and Roosevelt was President. They gave you sight, sound and motion from day one and over the years, they became more colorful, more mobile and more interactive. They seemed to get better with age. And you thought they were the best thing ever.

Your excitement grew when Zuckerberg called them the next big mega-trend and Instagram, Twitter and Snapchat put all their likes, loves and thumbs-up emoticons behind the relationship.

Yes, I’m talking about you and video advertising. For decades, television and video ads have been your knight in shining armor. You invest your budgets and, in return, you’ve gotten affinity, brand growth and, the occasional Cannes Lion.

Lead by P&G’s Marc Pritchard; you told video to shape up or ship out. You weren’t going to settle for anything less than accountability and actual performance.

Well, I’m here to tell you that video’s got their sh*t together and, if I’m honest they look damn good. But you’ve been hurt, deceived and cheated out of something you thought was the real thing.  In honor of Valentine’s Day, here are the five steps to fall back in love with video.

No glove, no love. Build your video marketing strategy on the foundation of being fraud-free, brand safe and viewable. You’re worth it.  Prioritize partners that are certified against fraud by the Trustworthy Accountability Group. Insist on blocking what doesn’t work for you pre-bid and blacklisting what isn’t safe. Adhere to MRC guidelines for viewability. Without the above handled by your partners, nothing else is going to work.

STEP 2: REALLY Get Out There

You need to be where your consumer is physically and emotionally. You already know that putting the same video across desktop, mobile, social and television is a lazy man’s game. It’s time to go deeper. Why would a message someone sees while hunched over Facebook on their commute have the same impact as one shown while leaning back watching television on a Sunday evening?

Tailor all the components of your video ad – content, context, narrative, structure and creative for the specific situation. This is not as hard as you may think. It’s for love god-damn-it – don’t take anything for granted.

STEP 3: Don’t be afraid to get personal

People expect a one-to-one relationship. Authentic connection is just not possible when everyone sees the same thing. Data-driven creative resonates with people and drives them to your store, your website and to buy your product. If your partners still consider personalized video creative as a cost-prohibitive strategy then they are stuck in 1940 with President Roosevelt. We no longer live in an either/or video marketing space – you can have mass reach and highly targeted campaigns.

STEP 4: Don’t Be Afraid To Experiment

There are a lot of new shiny objects out there, and I know you may not feel entirely comfortable with all of them. Experimentation is the only way to learn what works and what doesn’t. Create a safe word but then go for it. AR. VR. Addressable Television. These are the platforms connecting with consumers and while it may seem scary now – you’ll want to be the more experienced one when everyone else is ready to play.

You gave in before, and it broke your heart. Don’t compromise by settling for proxy metrics when you can demand measurable outcomes and business results from your video partners. It might be easy to settle for less, for measurements like clicks, GRPs, completions, viewability, and impressions. You advertise to build your brand and sell your product, and your video partner should be able to tell you exactly what they are doing to meet your needs.

This Valentine’s Day, I invite you to give your love of video a fresh chance. You’ve invested a lot in your relationship, and in 2018, video really is ready for redemption. 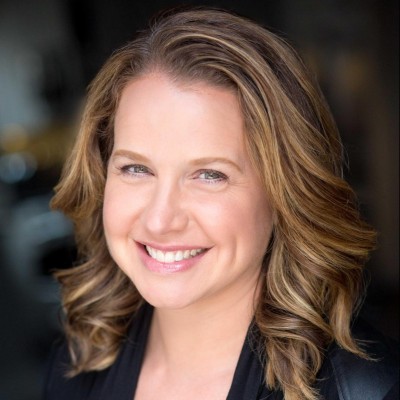 With 8 billion video views each day, success with Facebook videos is more important than ever.

From virtual reality to Facebook Live and everything in between.

The primary thesis in Sequent Partners’ new research, Digital Video at the Inflection Point, is that digital video is currently in exactly that spot.